Lahanodolmades (λαχανοντολμάδες in Greek) is the name of the traditional Greek stuffed cabbage rolls. A cabbage roll, in general, is a dish consisting of cooked cabbage leaves wrapped around a variety of fillings. The Greek filling version consists of ground beef and rice.

Two tips to make this dish even more delicious: first, you can replace half of the beef ground meat with pork ground meat. Second, you can lay some cabbage leaves on the bottom of the pot so lahanodolmades do not stick.

This authentic lahanodolmades, which serves around 6 to 8 persons, takes 60 minutes to prepare and 45 minutes to cook. 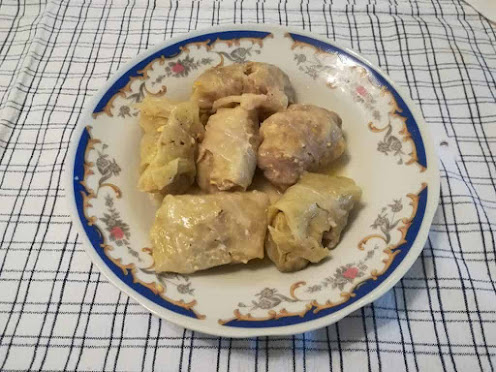 Lahanodolmades – How to Make